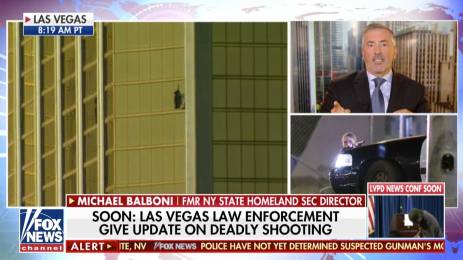 Michael Balboni appeared on Fox News’ Happening Now Monday morning to discuss the deadly shooting rampage in Las Vegas. According to Mr. Balboni, the distance from which this shooter was operating prevented any counter sniping by the police officers with their hand guns. The only way police could have stopped the shooter in the middle of the engagement is if they had overwatch – someone with a sniper weapon – to pinpoint the shooter’s location and interdict. However, Michael Balboni says applying Secret Service-level protection to public events across the nation would be nearly impossible.